It’s rare to find a story as beautiful as it is bleak, with the ability to crack you apart in just the right way. I avoid tearjerker books and movies guaranteed to make you cry, yet I love stories that leave you feeling like you’ve been knifed in the lungs. ‘Fallow’ by Ashley Blooms, is one, and you can read it in the May 2017 issue of Shimmer. 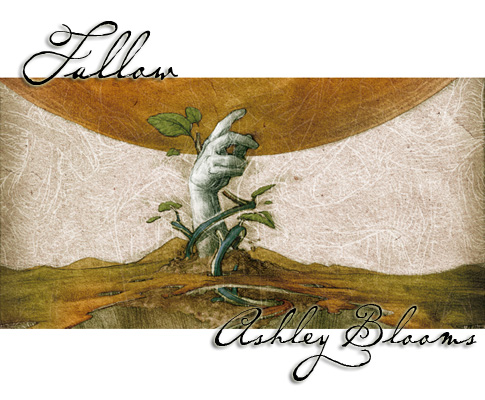 William is a ten-year-old boy living in a trailer on the edge of a fallow field. The dictionary definition of ‘fallow’ refers to farmland that has been left unsown because it needs to recover or because it’s unneeded, but it also describes an inactive or unproductive period of time. Synonyms include ’empty’, ‘neglected’, ‘stagnant’, ‘depressed’. The story defines it as ‘a word for places where things don’t grow’, and William has never seen anything grow in the field, even though the drunken owner, Earl, ploughs it anyway.

In the first scene, William plays spin-the-bottle with his best friend Misty and her sister Penny, but, bizarrely, the bottle never points at any of them. The game was William’s idea, and it’s like the world itself is somehow rejecting his attempt at affection. The girls eventually go home to their trailer and for reasons he cannot articulate, William plants the bottle in the field:

He doesn’t have the words to describe how the field reminds him of himself. The dark shape of it, the earth torn up and left to cool in the dark, a little steam rising. How it feels like maybe the field needs something only William has, and all William has is the bottle.

The next morning a baffled crowd gathers around a tall, green, glass statue that has inexplicably sprouted in the same spot. For William – an impoverished child who has just likened himself to a field where nothing grows – it seems to be the only productive, interesting thing he’s ever done, and it’s like a stand-in for his personal growth and self-expression. Although few people pay attention to William, lots of people now pay attention to the field.

Misty says the bottle-statue looks pretty, and William insists it looks a bit like him. He continues to bury things in the field, developing an understanding for what grows and what doesn’t, so that he only makes the field an offering if he thinks it will give him something in return.

There’s something there, in that refusal to give without getting, and I had it in mind when he tries to act on the crush he has on Misty. Unfortunately, his only understanding of intimate relationships come from his mother and the various men she brings home, and what starts out as a cute, sweet kiss between ten-year-olds quickly turns ugly. (TW: this story features sexual abuse between children.)

Blooms handles this with such sensitivity and care that William manages to be simultaneously repugnant and empathetic. You can be repulsed by what he does but feel for him and understand him all at once, in his poverty, loneliness and longing. It helps a lot, I think, that he’s a child who doesn’t know what he’s doing but is making an effort anyway, and he’s got enough self-awareness to see his mistakes.

Here, for example, he scares me:

Misty said she would meet him. She promised. William waits until his hands get cold, and then he walks home, feeling tired and hungry and something else. Something like anger, only smaller and meaner.

But here, I feel sorry for him:

Misty hasn’t even seen all the things that he’s made for her. She hasn’t mentioned them, not even once. William’s vision blurs and he looks down at his own two feet.

I love the way Blooms uses evocative, recurring details throughout the story. I could pick them apart for ages, but that would spoil the story for so just consider, for now, the bottle in the opening paragraph:

The base of the bottle has a deep crack running through it that snakes along the length, almost all the way through. The crack raises up a little, just enough to tear their skin if they aren’t careful.

It’s the one they use to play spin-the-bottle, and it functions as a tool for William to start expressing his confused, premature sense of sexuality. The crack carries the subtle threat of hurt and blood, and its cutting edge is recalled, when William’s mother is introduced:

That sense of danger, damage and sexuality is significant, and heightened when you realise that William’s relationship with his mother is a bit worrying. She’ll come home drunk and dance with him, or crawl into his bed, her breath fever-hot against his neck as she tells him things she has no one else to tell to. When William kisses Misty, he ‘thinks of his mother and wonders if he is doing it right’. Which is not to say that his mother is a bad person – Blooms gives her enough character for us to understand that, like William, she seems to be trying her best in difficult circumstances. Shannon’s working all the time to care for herself and her son, and she goes on dates because, like most people, she wants a partner who loves her; who can hold that against her? She might be likened to a cracked glass bottle, but it’s worth noting that the bottle was the least broken one that Misty found among the ‘tired things, slowly fading towards the same color of rusty brown’ in the barn. The sense of poverty and stagnation is palpable and unnerving without being overwhelming.

And that, I think, is also why this story is so good – it’s brutal but delicately so, incredibly thoughtful and nuanced. I hope to see more of Blooms’ work.